It was a little difficult coming up with a name for this cake. The main aspect of it is the soft texture of the cake, the fact you do not use baking powder and rely on mixing the egg whites until they form soft peaks...similar to what you would do when making a meringue. So maybe this can be called a meringue cake, hmm... whatever you want to call it, it is a delicious cake to make... and you have the option to put whatever you like in it and over it :D 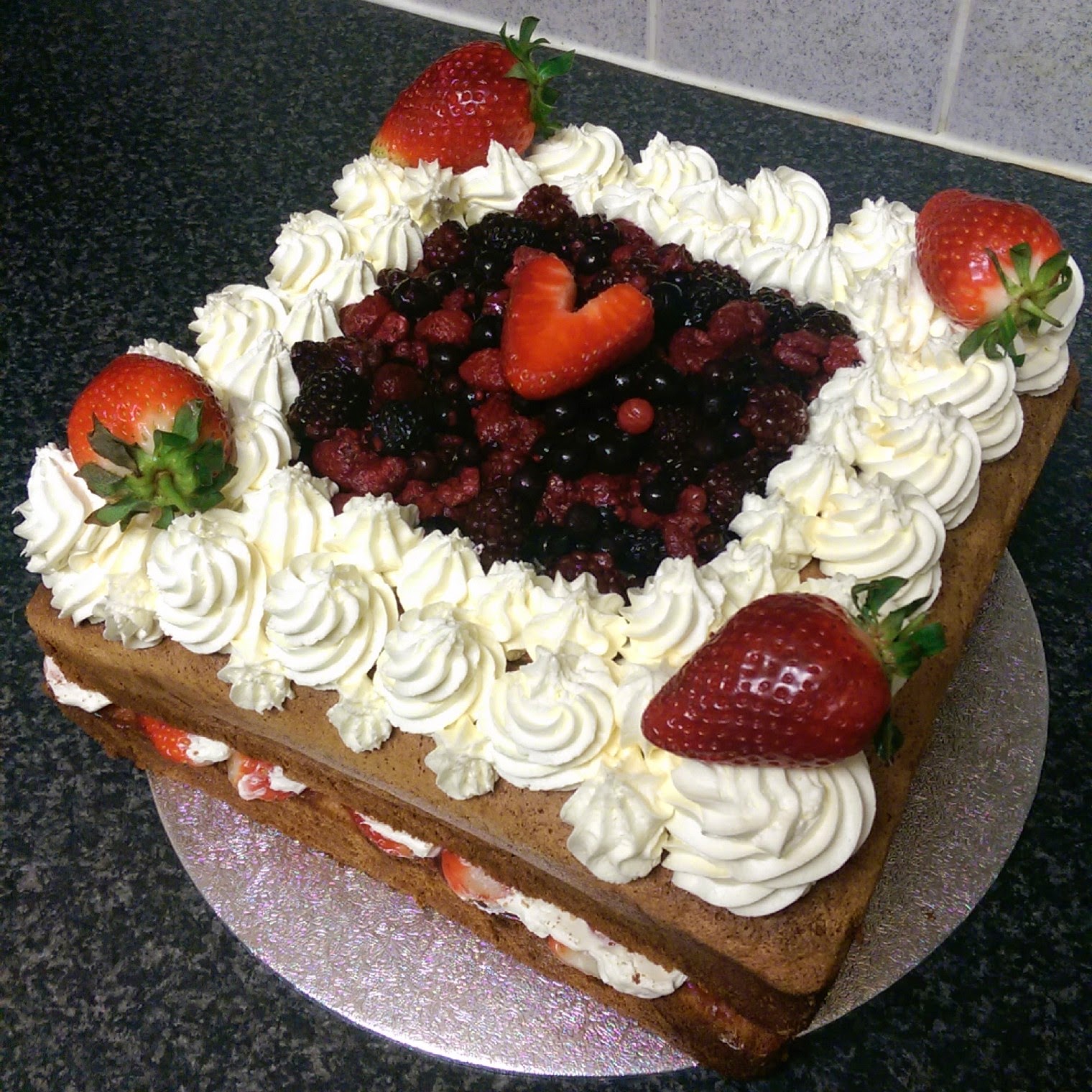 Note: I did not have enough cream (I bought 2 x 300ml thinking it would be enough), so didn't cream the sides of the cake, which would have made it look more presentable. So I have increased the amount of double cream you need in the ingredients list so you don't make the same mistake :)

What you will need:

1) Separate the eggs, keeping the egg whites in one bowl and the yolk in another

2) Beat the egg yolks until slightly thickened, then slowly add 1 + 1/2 cups of the sugar, continuing to beat until thick. Add the lemon juice, oil and water, and beat. Place the flour and salt, then fold them in manually

3) Beat the egg whites until they increase in size and start to form soft peaks, slowly adding the remainder of the sugar (1 tsp at a time), until stiff glossy peaks form, as shown below: 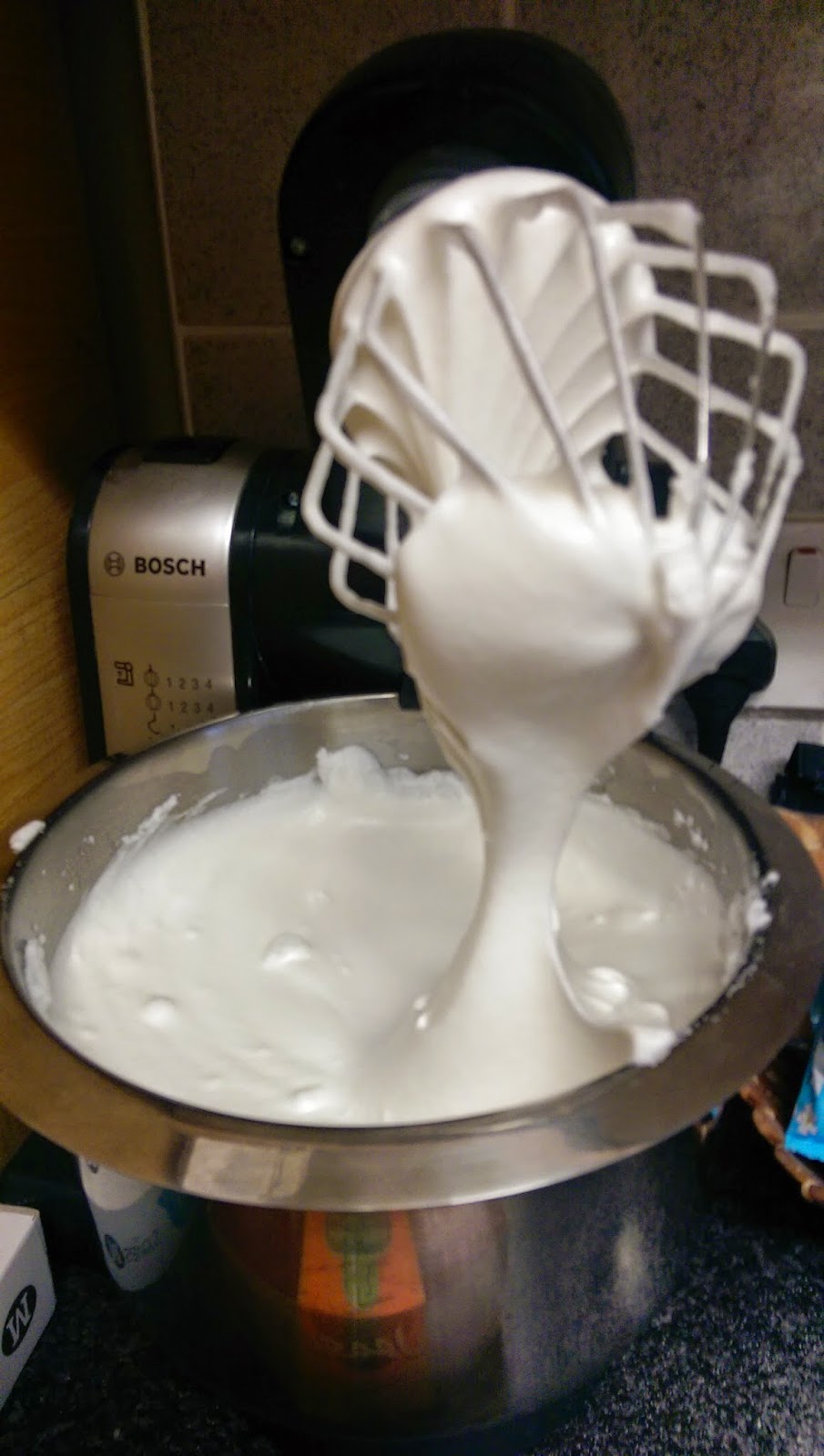 4) Fold a quarter of the egg whites into the egg yolk mixture, then fold in the remainder of the egg white mixture. Place into a greased and lined cake tin (I used a 30x30cm tin) and place on the bottom shelf of the oven, on 170 degrees Celsius for at least 45 mins before checking if its done using a toothpick (ovens may vary, so you may need an extra 15 mins after first checking, but keep an eye on it)

5) Remove and invert the cake out of the tin, allowing to cool completely before decorating

6) To make the cream, place the double cream into a bowl and whisk for at least 2 mins or until thickened and forms a good consistency to work with, then add the icing sugar and vanilla extract and gently mix to combine.

7) Cut the cake into two slices, placing a thick layer of the jam, followed by freshly sliced strawberries and some cream on top of this first layer. Sandwich using the second layer, then place the cream over the entire cake. At this point, you make wish to add the other fruit and pipe on some cream in any design you fancy 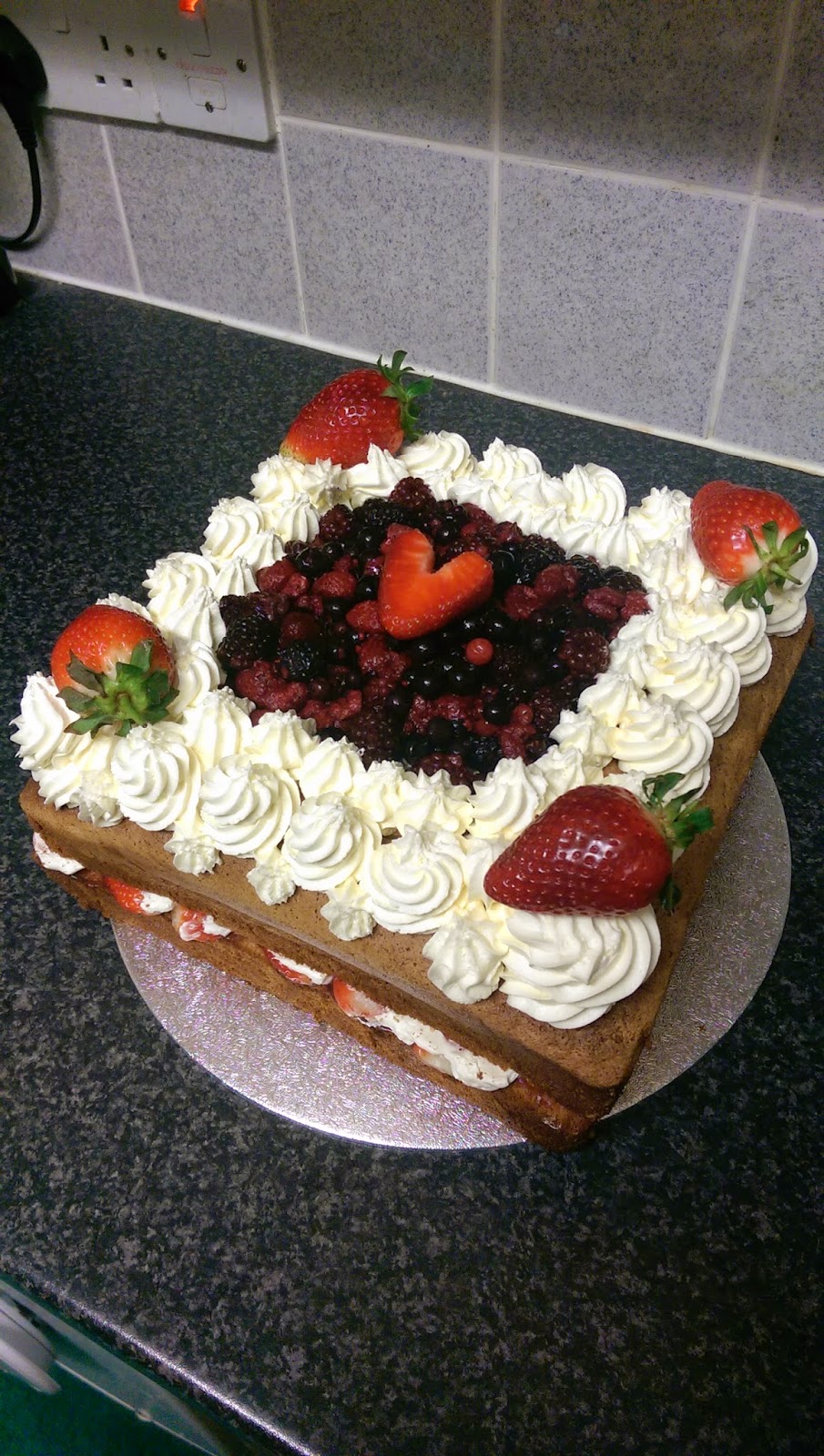 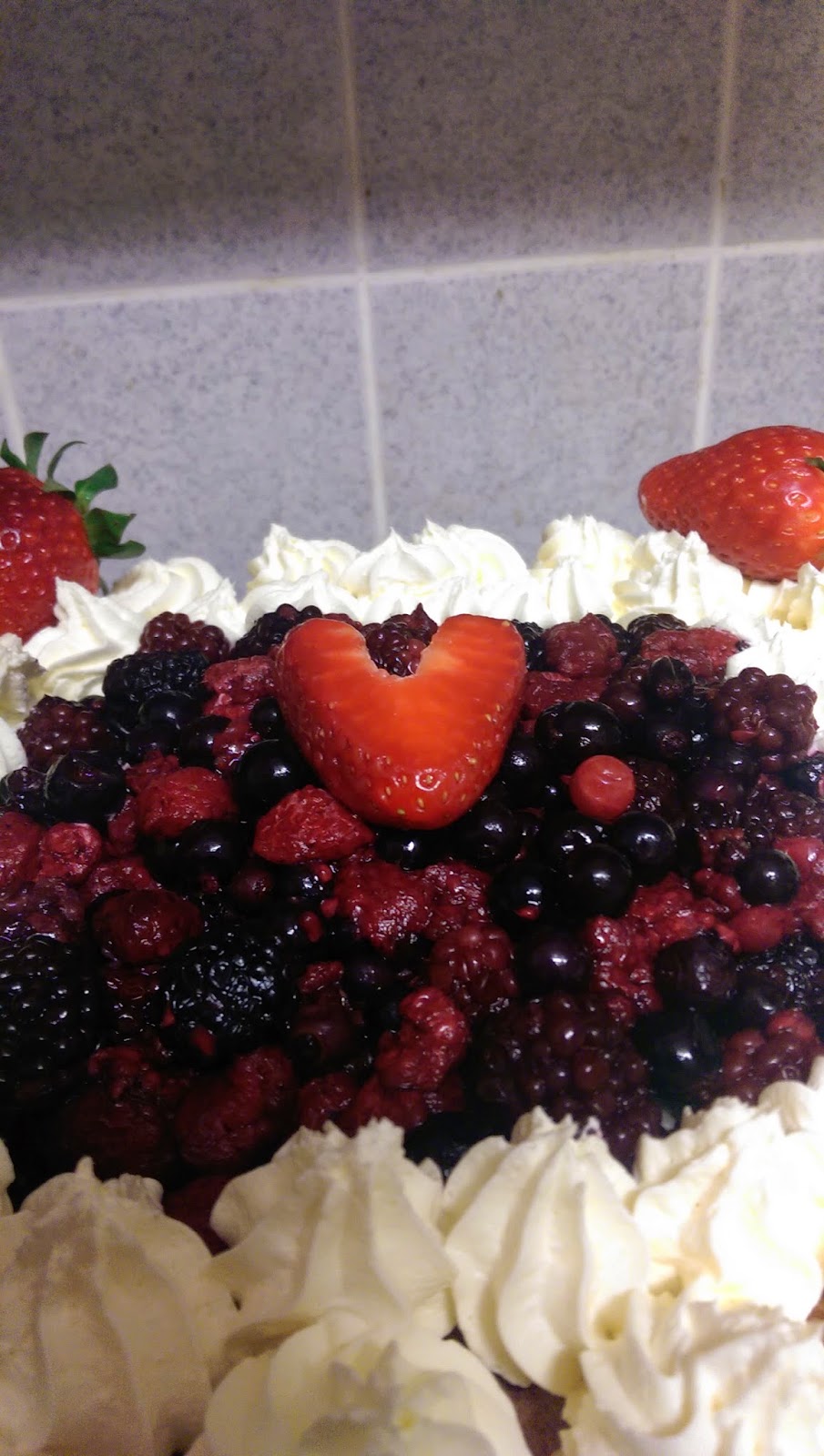 I made this for my little sisters 13'th birthday, and she sure was happy with it, alhamdulilah. It tasted even better the second day, so it may be an idea to leave the sponge over night, before serving. Enjoy :)

Nosaiba
No one special, just someone who enjoys cooking, baking and trying new recipes :)

I have made a new email:  nosaibasfood@gmail.com   for anyone who wishes to contact me regarding any of the recipes, questions in rega... 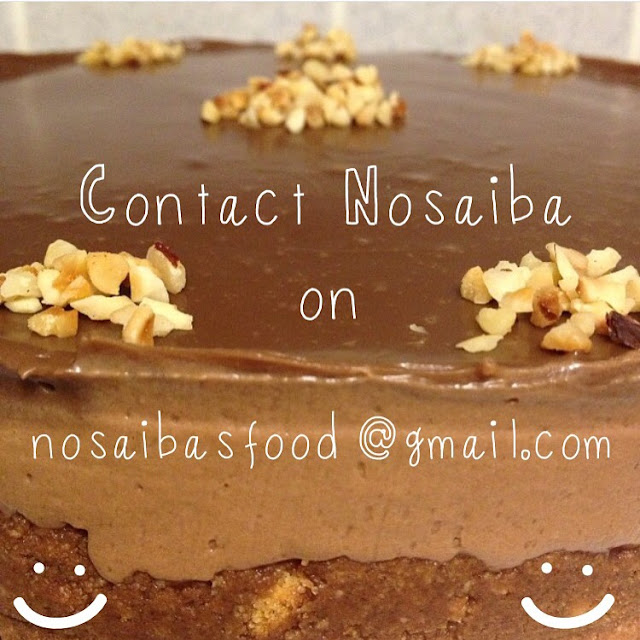